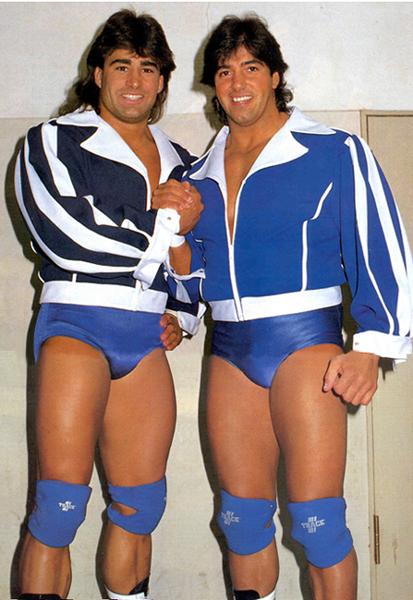 Tom Zenk's first tour of Japan was with Rick Martel in late 1986. Effectively, the tour was a trial run for the Can-Am Connection. Can-Am had been trialed in several matches in mainland America prior to the tour - including a 'no-contest' match against  then reigning WWF Tag Team Champions, The British Bulldogs (Dynamite Kid and Davey Boy Smith) on November 14,1986 in Montreal.

Zenk and Martel used the tour to test out, in competition, some of their soon-to-be signature moves -  in particular, the 'catapulet splash'. This finishing move highlighted Martel in an aerial dive over the top rope and was used in many of the Japan (and subsequent US) matches. Zenk found himself taking most of the bumps while Martel held the ropes, before finally taking the hot tag and launching his catapulet splash to win the match.

Zenk and Martel's first league match was on November 22, 1986 against Terry Funk and Dory Funk Jr.  The team was an instant hit with Japanese fans. Zenk's ring work and persona impressed AJPW promoter Shohei 'Giant' Baba and chief booker Lord James Bleares. Bleares offered Zenk and Martel the tag belts and a 5 year contract at $5,000 a week each to stay in the AJPW.  At Martel's urging, Zenk turned down the offer to fulfil their commitments to WWF.

At this time Zenk was earning $2,500 a week for his role in the Can-Am Connection. Martel had guaranteed  they would be earning $5,000 a week each in WWF within 6 months. Zenk resolved that if Martel's promise wasn't realized within that time, he would reconsider AJPW's offer. The scene was set for the eventual Can-Am split.